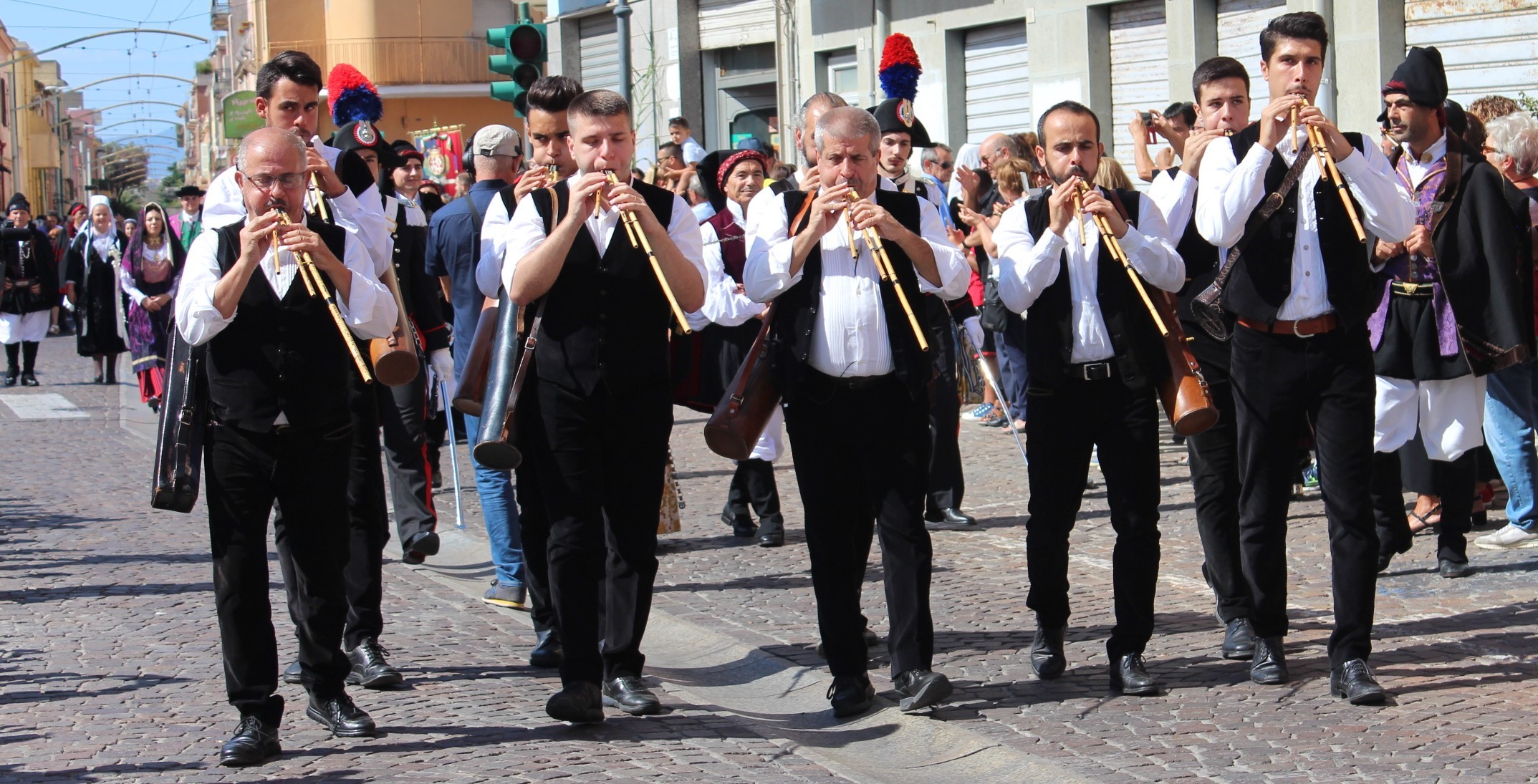 Launeddas is a 3,000 years old musical instrument consisting of three pipes directly blown with the technique of circular breathing. It is entirely made of natural elements: three different types of cane (Arundo Donax), bee wax and cobbler’s thread.

The finding of a bronze statuette dated 1,000 B. C. and representing a man playing three pipes, testifies that this peculiar instrument has an unbroken history in Sardinia that goes as far back as the Nuragic civilization. It is the oldest and the only survivor of a series of triple clarinets, which were played in Sicily, Spain and Scotland, until the Middle Ages, when they changed into the famous bagpipe.

It was the rural Sardinian communities’ love for the magic music this instrument is able to create, that ensured the survival of the Launeddas across 2-3 millennia.

Sardinian peasants and shepherds gave life to virtuoso Launeddas musicians, together with a particular musical system whose complexity can be compared to the Arabic Maccam or to the Indian Raga.

(God appreciated the work done with the heart)