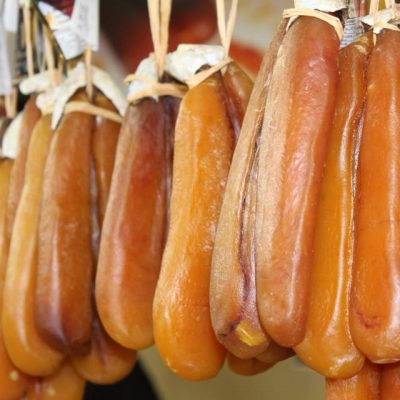 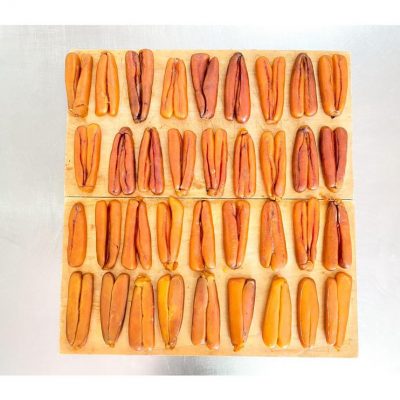 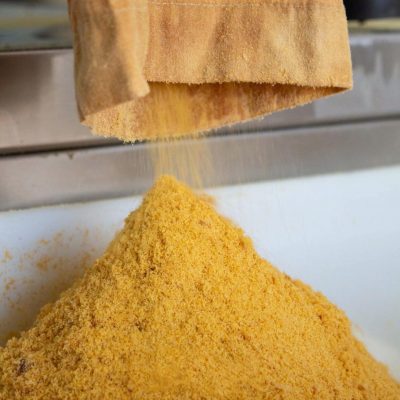 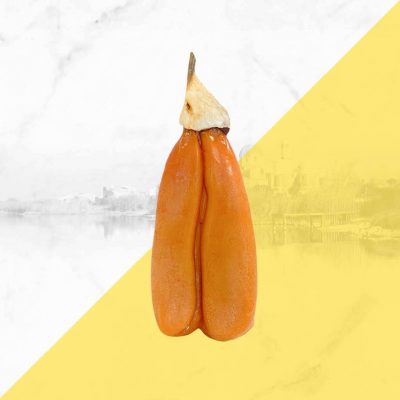 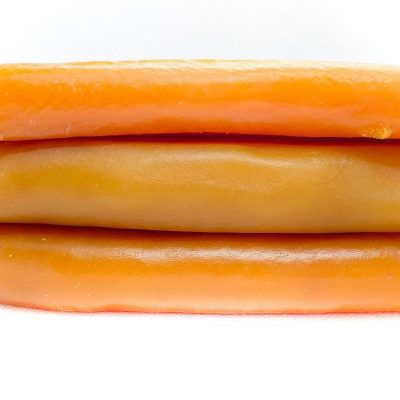 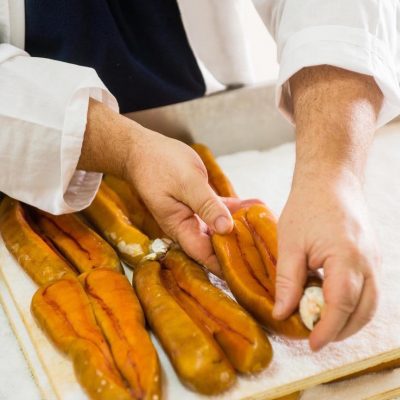 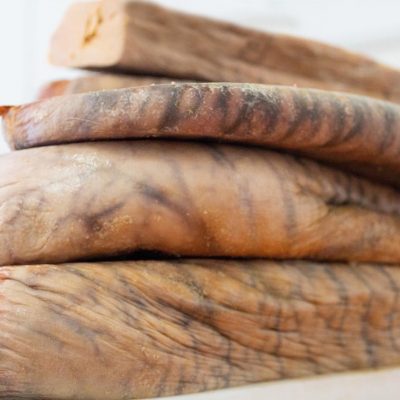 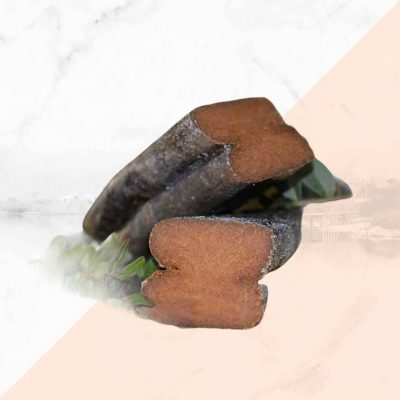 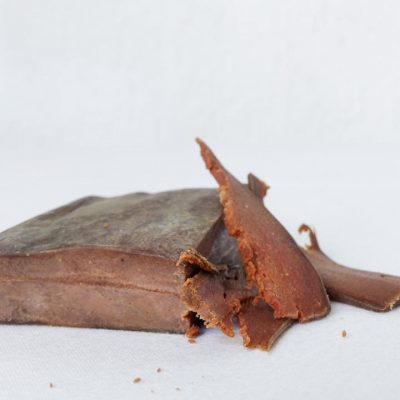 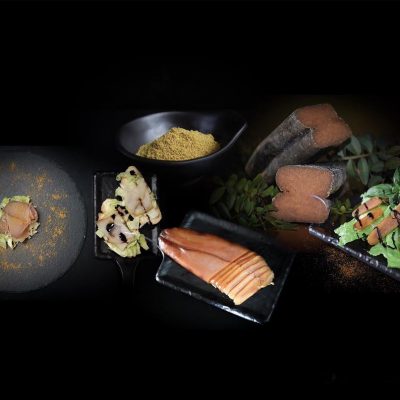 Bottarga (dried tuna or mullet roe): whether made from mullet or tuna roe, has from very ancient times represented a source of wealth and goods for barter much sought-after throughout the Mediterranean. Both these products enjoy well-deserved fame albeit they have differing organoleptic qualities and cultural origins. In Sardinia, mullet bottarga is produced in the wetlands of the eastern coast, in particular Tortolì, and along the central-western coast where, between Cabras and the Sinis peninsula, we find the marshes with the richest biodiversity in the Mediterranean.

From the time of the Phoenicians this area, as a result of its climate, marine environment and the rare skills employed in processing, was known for the excellence of the bottarga produced. The word bottarga comes from the Arab Buttarikh, meaning salted fish roe.

Once ready, they are dried and left to mature before being put out for sale, either as whole baffe of typical amber colour, or grated in glass jars. Bottarga is by now well-known world over, and is considered as the “caviar of the Med”.

Mullet Bottargo:  Mullet Bottarga a Sardinian delicacy is considered the Mediterranean caviar! The Bottarga is made from the roe and varies from gold to amber with a fine and delicate.

Tuna fishing in Sardinia using the traditional sustainable trapnet (tonnara) fishing technique is currently carried out almost exclusively in the Sulcis area. The tuna caught round the coasts of the island belong to the bluefin species ‘tonno rosso’ on account of its red meat, which is considered superior to the yellowfin species.

Tuna Bottargo: In Carloforte town the “tonnarotti” work the eggs of tuna by hand, which become, after being salted and pressed, a delicious dish. 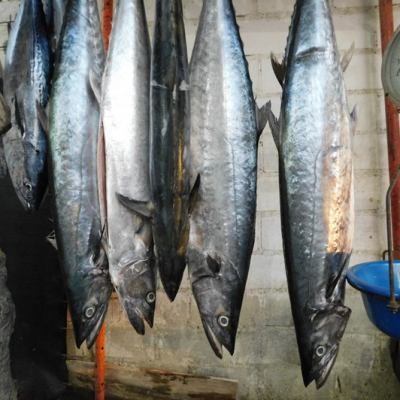 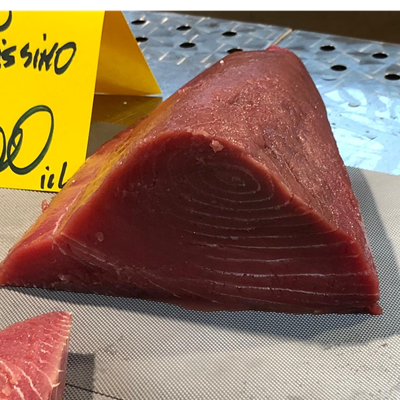 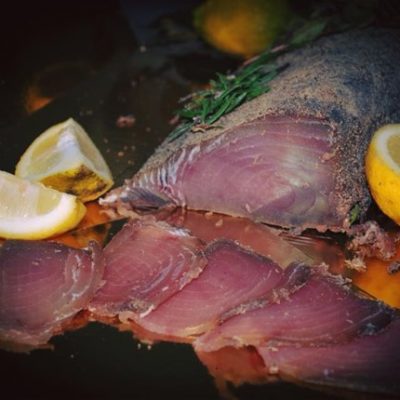 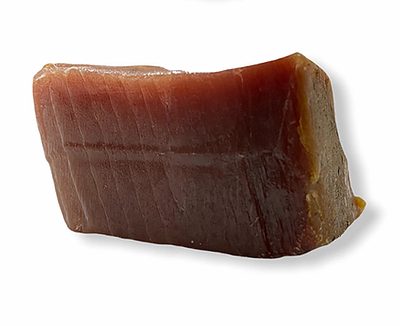 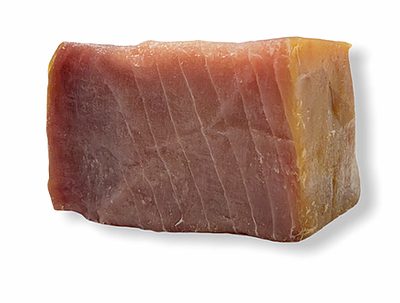 Tuna is one of the most prized fish species to be found in the seas round Sardinia. The word tuna comes from the Phoenician and probably the first tuna fisheries and processing workshops were set up in Sardinia. These great seafarers, experts in the ways of the sea and its resources, always in search of resources which were scarce in their homeland, organized the catching and processing of the tuna, considered so valuable that it was even shown stamped on their coins. 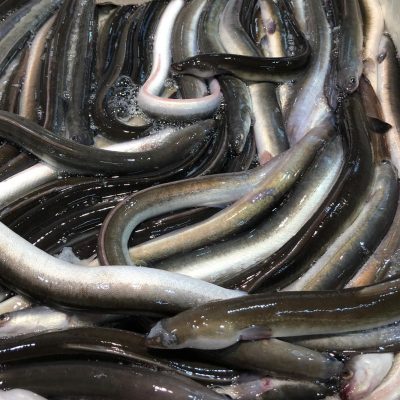 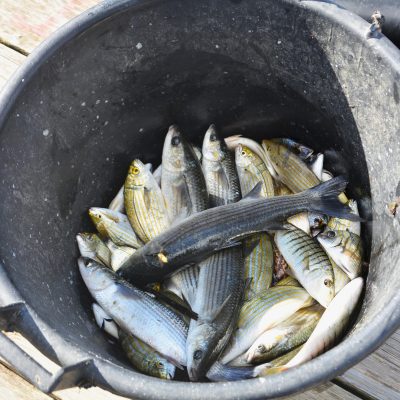 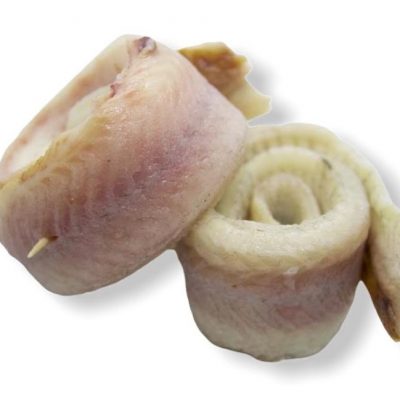 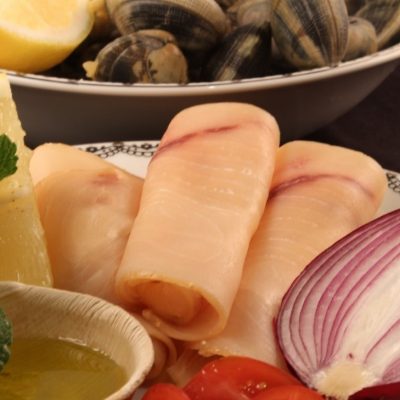 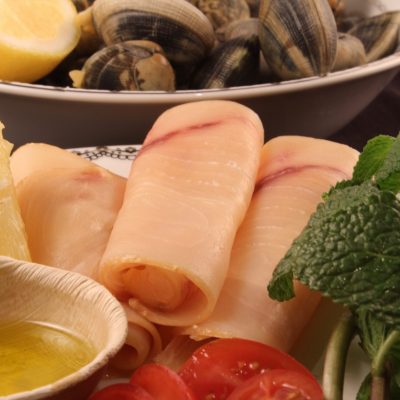 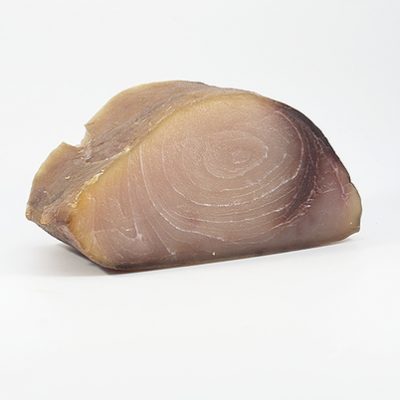 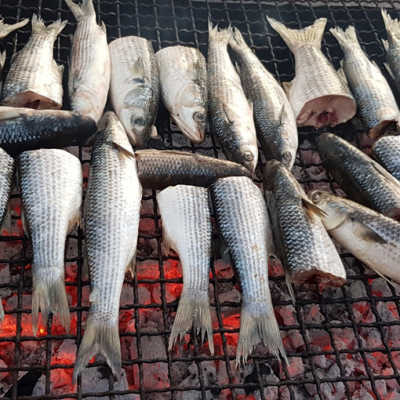 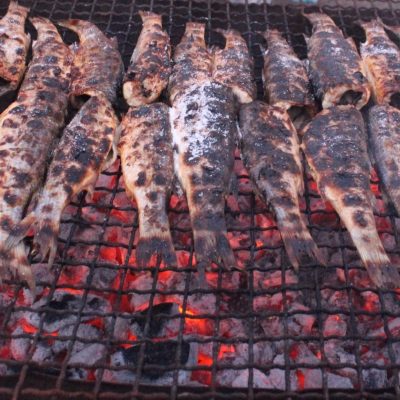 Smoked Eel: found in the Sinis wetlands, the smoking recipe may be as ancient as Nordic traditions. Excellent as appetizers, they can also be included in other dishes.

Sa Merca: It is a way to keep the grey mullet salted and flavoured with leaves of a herb called “Ziba” that grows on the banks of the pond of Cabras.