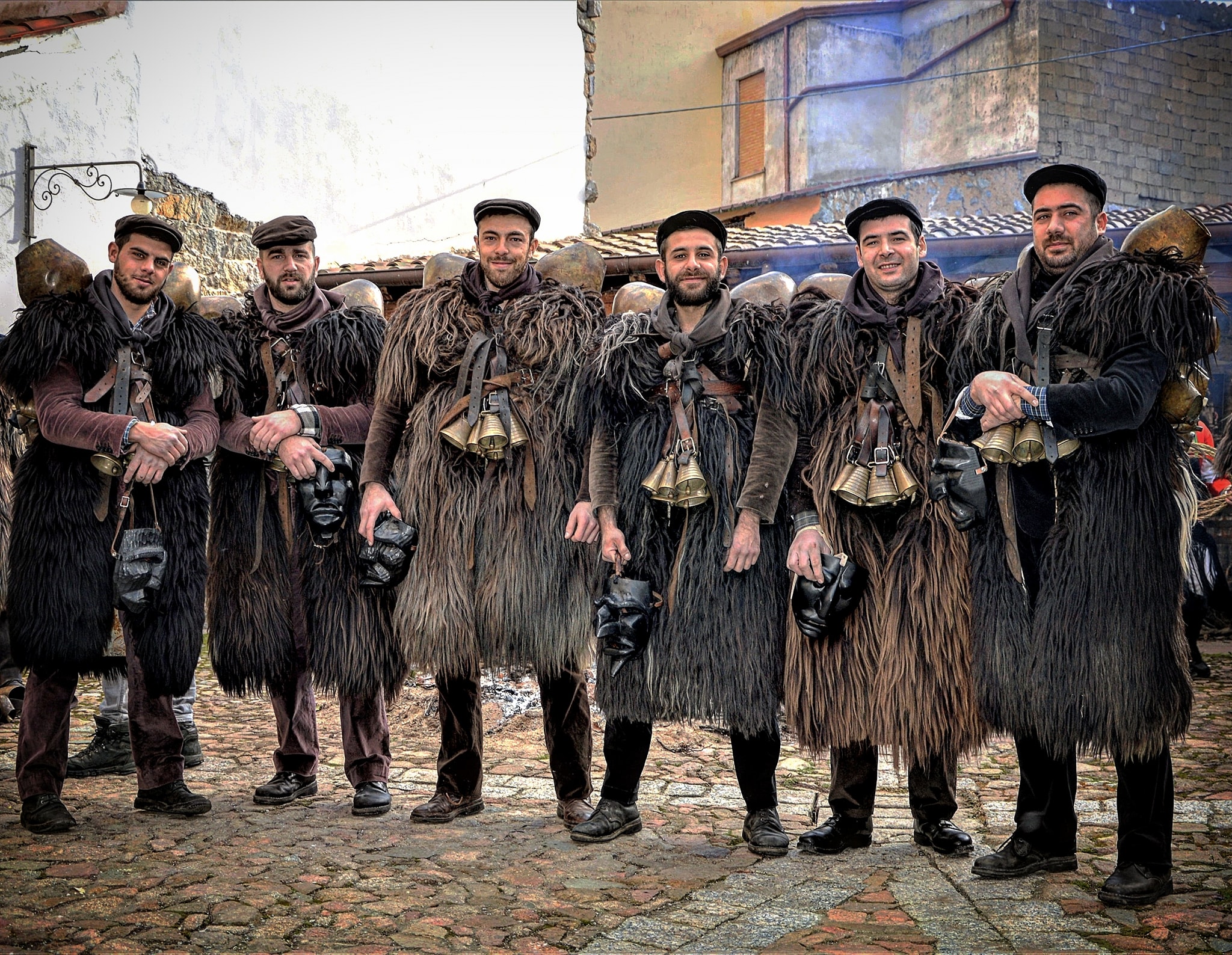 The Mamuthones is the symbol of Mamoiana’s identity. They have been in Mamoiada as long as anyone remembers. This ancient ritual is lost in the mists of time and we preserve this tradition.

January 17th, St. Anthony’s feast day, Mamoiada’s Patron, importance for men in the village. This is the day of the first outing (sa prima issida).

Second groups wear shoulder sonajolos (leather belt with cowbells) and sa soha (rope). They head to link their fates: the place of the dressing. First are the Mamuthones, pused by the Issohadores.

The dressing phase, men wearing velvet clothes take black sheepskin and cowbells: arranging the six belts with the cowbells accordingly (biggest to smallest), creating sa carriga (a heavy load), to be placed on the back.

They are ready now…

The Mamuthones form two parallel lines. Issohadores position in front and behind of the lines, excluding su guidadore (the leader). He is in front of the Mamuthones, the middle of the lines: he decides steps, when they go or stop.

Su guidadore stretches his arms, verifying if the Mamuthones are ready, and they start. They start to jump: the Issohadores take small steps, they untie the rope and they throw it into the crowd, trying to catch women and girls, as a sign of good luck. The Mamuthones focus their attention on the leader, doing what he orders.

They take a break and start again with the ritual: the jumps continue while waiting for the next signal by the leader. The last step is unique: hand up and opens his arms, followed by the last jumps (outwards, inwards and sa doppia). The ritual parade finishes.

From Father to Son

The rhythm of the parade is measured, powerful.

(The friend sees himself in need)